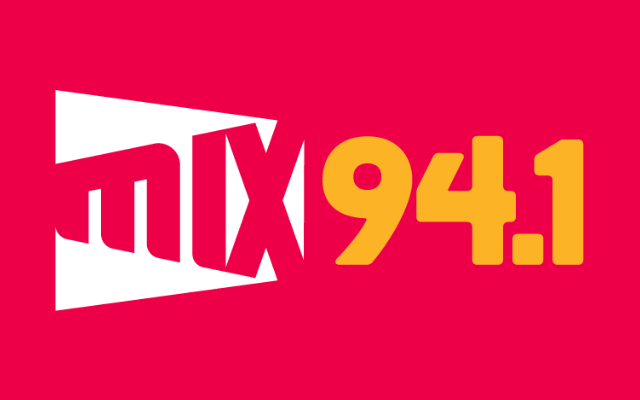 NO PURCHASE NECESSARY TO ENTER OR WIN.  A PURCHASE WILL NOT INCREASE YOUR CHANCES OF WINNING.

These contest-specific rules should be read in conjunction with Alpha Media’s General Contest Rules, which are applicable to all contests conducted by Alpha Media Holdings LLC and/or its subsidiaries (including licensee subsidiaries).

(c) Listeners are eligible to win an Alpha Media contest prize valued at $600.00 or more only once every six months.

(d) Participants must sign all contest release and waiver forms before accepting prize. Entrants are required to provide truthful information and the Station will reject and delete any entry that it discovers to be false or fraudulent.  The Station will disqualify any entry from any individual who does not meet the eligibility requirements, and will also delete any entry as required by law.

(e) WINNER AND GUEST ARE REQUIRED TO PROVIDE REQUISITE TRAVEL DOCUMENTATION OR VALID PASSPORTS AS NEEDED AND MUST POSSESS A CREDIT CARD FOR INCIDENTALS.

*The Contest will run on select Alpha Media stations. Please see below for the specific contest station list.

One random listener will be chosen and contacted via the phone number they submitted in the entry form at the end of the contest period and awarded the prize. If contact is made with the randomly chosen listener, they will be awarded one (1) MENDES IN MONTREAL

Go to the station’s website and follow the links and instructions to enter and submit the required information, which includes your first and last name, telephone number, city, state, zip code, and date of birth.  Internet entries will be deemed made by the authorized account holder of the email address submitted at the time of entry.  The authorized account holder is the natural person who is assigned to the email address by an internet access provider, online service provider or other organization that is responsible for assigning the email address or the domain associated with the submitted email address.  Multiple entrants are not permitted to share the same email address.  Entries submitted will not be acknowledged or returned.  Use of any device to automate entry is prohibited.  Proof of submission of an entry shall not be deemed proof of receipt by Station. The contest/sweepstakes administrator’s computer is the official time-keeping device for the Promotion.

Bonus entries can also be acquired through the Aptivada platform by:

WINNER AND GUEST ARE REQUIRED TO PROVIDE REQUISITE TRAVEL DOCUMENTATION OR VALID PASSPORTS AS NEEDED AND MUST POSSESS A CREDIT CARD FOR INCIDENTALS.

Odds of winning are based on the total number of entries.

Decisions of Station management with respect to the Promotion are final.

Winner will be randomly selected from the pool of participating qualifiers.

Winner will be notified by Alpha Media staff via phone at 10:00 am Pacific Time on Tuesday July 2nd 2019, and will be recorded for future play back in any and all participating Markets. Alpha Media staff will call/try the phone number 3 times within a 5-minute window before deeming the number disqualified and moving to the next randomly selected winner. If contact is made with the randomly chosen listener, they will be awarded:   Round trip airfare for (2) from winner’s city to Montreal, QC on August 20th, 2019 and August 22nd, 2019. Two nights hotel accommodation at Le Centre Sheraton Montreal Hotel, 1201 Boulevard Rene-Levesque West, Montreal H3B 2L7 Canada (1 room double occupancy) Two (2) tickets to Shawn Mendes performing August 21st, 2019 at the Bell Centre. Approximate retail value of trip = $3,000.00. Transportation and spending money is not included.

In the event there is no winner, prizes will be awarded to the next randomly chosen qualifier. Winners will be chosen by random number generator. This will repeat for a period of sixty (60) minutes until the prize is awarded. If no randomly selected entrant has answered the calls from Alpha Media at the time that 60 minutes has expired, no prize will be awarded.

All required documentation must be signed and submitted no later than 12:00pm Pacific Time Tuesday July 9th, 2019.

iii.          represent and warrant that: you are at least as old as the age of majority in your state; you have the full legal right, power and authority to grant to Alpha the license provided for herein; you own or control the complete exhibition and other rights to the Materials you submitted for the purposes contemplated in this license; you are either the parent (or legal guardian) of any minor featured in the Materials or have received the express consent of the parent (or legal guardian) for any such minor to appear in the Materials and to enter the minor’s likeness in the Materials in the contest; and neither the Materials nor the exercise of the rights granted herein shall infringe upon or violate the right of privacy or right of publicity of, or constitute a libel or slander against, or violate any common law or any other right of, any person or entity.

Demi Lovato says they are no longer “California sober”