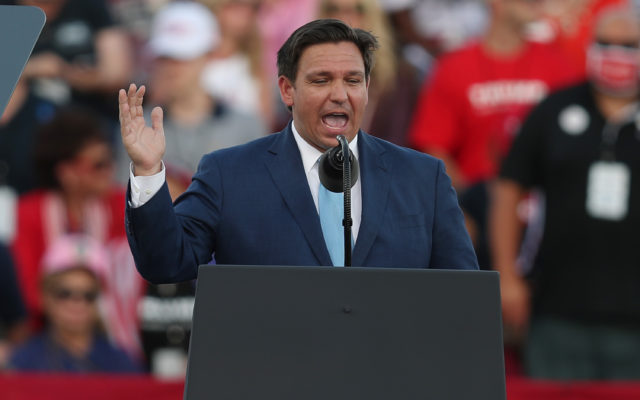 If approved, a Florida law would allow people to shoot looters and provide immunity to drivers who accidently hurt or kill someone illegally blocking traffic.

The Miami Herald reports Gov. Ron DeSantis drafted the “anti-mob” bill to expand Stand Your Ground laws. Lengthening the list of forcible felonies which could be met with deadly force. Additions include criminal mischief interrupting or impairing a business.

Looting is described as burglary with in 500 feet of a ‘violent or disorderly assembly.’ Blocking traffic would also become a third-degree felony and no driver could be prosecuted if they accidently kill or injure anyone doing so illegally.

Would such a law prevent future violent uprising? Are violent protests an acceptable reaction to anything?