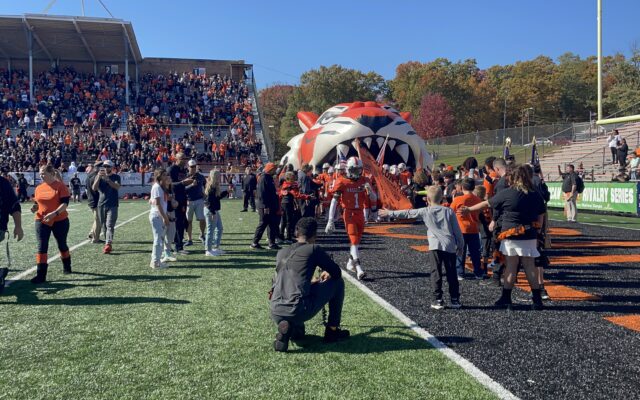 …you knew exactly what you were doing writing your little hit piece .. you wanted a cuss filled response from a crazy Massillon fan ..instead you got facts and a view nobody EVER writes about when it comes to us .. but that’s ok .. we don’t need love from the surrounding area .. we actually kind of like it the way it is .. so we have a few weeks here to see what happens.. but no matter the outcome .. it’ll be MASSILLON ALWAYS

The original article is linked below. Reading it may give you better perspective on both opinions in the interview.

It’s worth noting, that within the article, it is never written that the Tigers ARE paper champions. Their 24 state titles are acknowledged. Their dominance against other teams in Stark County is spoken of immediately. The Massillon Tigers have been featured on our TikTok, written about on our website more than any other team and their fanbase has been praised numerous times on air for their loyalty and passion. And while I knew it was a loaded subject, I never had intentions of insulting a fanbase and community in our listening audience. I had the chance to speak with Rob  on why he has such an issue with the article and in defense of Massillon Tigers football.