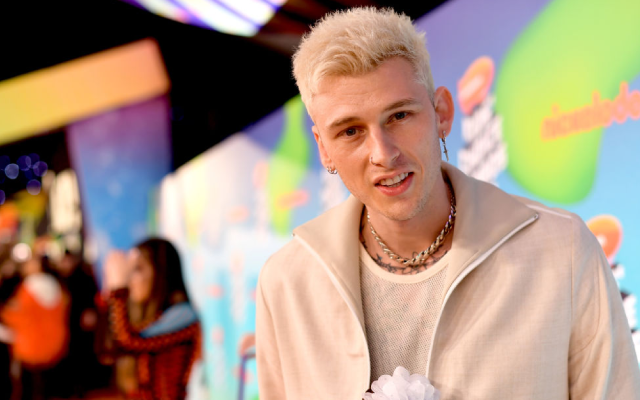 For Aliens Machine Gun Kelly says he’s seen a UFO, twice. The “Tickets To My Downfall” performer says he saw a red orb over a lake in Thousand Oaks, “A red orb came out of nowhere, went, disappeared again,” said Kelly.

A week before Kelly was in Bora Bora where he had heard stories of a blue orb in Hawaii. He said he saw the orb quickly before it disappeared.  Kelly is convinced that aliens live among us and says they view Earthlings a “dumb,” and says Earth is the “best reality show for aliens.” Kelly’s girlfriend, Megan Fox thinks that if aliens were here they would’ve already contacted her, “if aliens are real, when they come back to Earth I’m one of the humans they’ll contact. It’s me – I know it’s gonna be me, I’ve always had that feeling,” Fox told Cosmopolitan.  Have you ever encountered aliens?