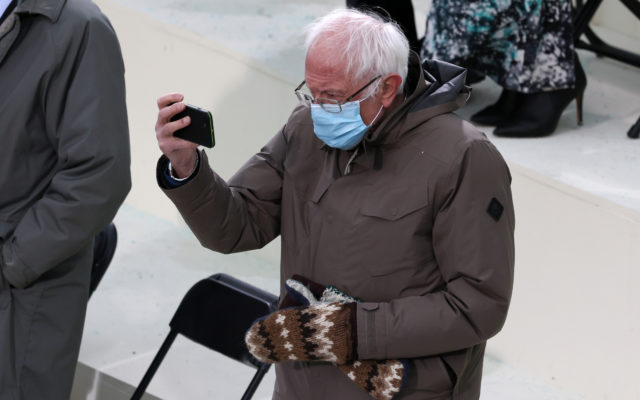 The picture of Bernie Sanders from the inauguration has taken the world by storm in the form of a meme. You’ve probably seen one, two, or maybe three of them by now. Social media users and celebrities have been sharing them creating a meme frenzy. One of the most popular is of Bernie Sanders and Marvel’s Deadpool, played by Ryan Reynolds.

Reynolds shared the meme of his Deadpool character and Sanders, photoshopped of course, sitting next to each other on a rail of some sort. Which Bernie Sanders meme is your favorite so far? Have you created a Bernie meme? Show us!