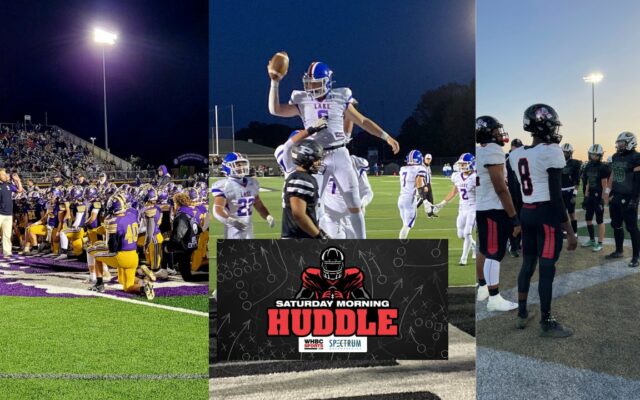 As we enter week 10 of Stark County High School Football, we have at least an idea of what the playoff picture will look like. Through the website JoeEitel.com, we get a clearer picture of how the 2022 regular season could wrap up.

Canton McKinley Bulldogs – The Pups have overcome adversity all year and they’ve been rewarded with a 1st round home game. If they beat the Massillon Tigers, they’ll earn a second round home game as well.

Jackson Polar Bears – First year coach Jay Rohr has his team in the second season. Jackson has a chance to put themselves in great position for a home game if they beat the Hoover Vikings.

Massillon Tigers – Paul Brown Tiger Stadium will be the home stadium through the first two rounds of the playoff if the Tigers keep winning. They can only drop to third at the worst with a loss.

Lake Blue Streaks – The Blue Streaks will play at home in the first round of the playoffs and likely another home game in the second if they beat the Green Bulldogs.

Hoover Vikings – The Vikings can put themselves in a great position for a home game if they beat the Jackson Polar Bears.

Alliance Aviators – Alliance will be in the playoffs and may host a game if they beat the Marlington Dukes.

Northwest Indians – Northwest has locked their spot in the playoffs and if they beat the Canton South Wildcats, they’ll lock up 2 home games.

Canton South Wildcats – Canton South has earned their spot in the playoffs and with a win over Northwest they’ll be at home for at least their first game.

Fairless Falcons – The Falcons are back in the playoffs and will get a first round home game if they take down the Tuslaw Mustangs.

Central Catholic Crusaders – The Crusaders are in no matter what and could end up with a home game in the first round, even if they lose to the St. Thomas Aquinas Knights.

Perry Panthers – Perry can make the playoffs with a win over GlenOak  and get help from others.

Louisville Leopards – The Leopards would need help and to beat Linsley(W.Va) to make the playoffs.

Tuslaw Mustangs – If the Mustangs can beat Fairless and get help from others, they still have a chance.

East Canton – The Hornets need to beat Malvern or could still make it even with a loss.