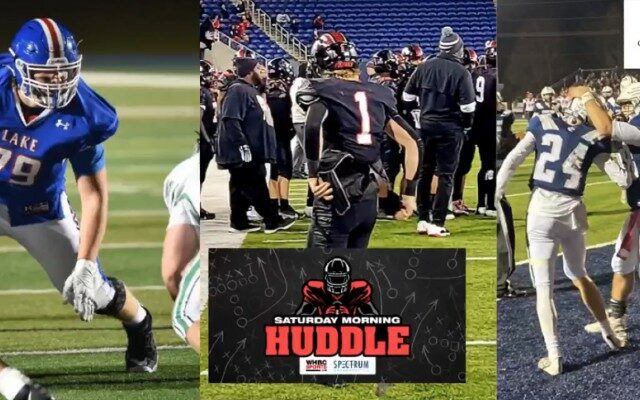 Stark County high school football represented in week 1 of the playoffs and we are here to recap all of the action.

The legendary Paul Brown has long been the winningest coach in Massillon Tigers football history but now he shares that seat with Nate Moore. Moore picked up his 80th win as head coach of the Tigers when Massillon beat the Perry Panthers 48-7.

Polar Bears come out right side up in roller coaster game

The Jackson Polar Bears game against the Berea Midpark Titans had plenty of ups and downs but the Polar Bears were on top when it mattered with a final score 28-26. Jackson leaned on their best player and it paid off with Sr. RB Jason Davide picking up 149 yards and 3 touchdowns.

Falcons fly in the second half

It was a slow start for the Fairless Falcons, but a strong second half performance gave them a 47-22 win over the Orrville Red Riders. The Falcons depended on senior wide receiver Brody Pumneo, who ended the game with 5 catches for 75 yards, 2 touchdowns as a receiver and a passing touchdown.

These two teams met up just a few weeks ago and the result hasn’t changed with the Canton McKinley Bulldogs coming out on top of the GlenOak Golden Eagles. Canton had their foot on the gas from the jump and left it there for a 40-22 win.