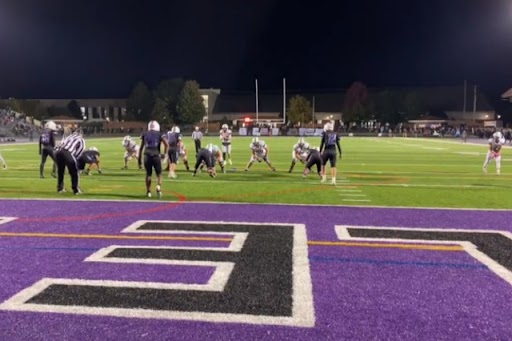 The Blue Steaks bounce back

Week 8 of Stark County High School Football was all about redemption and it didn’t take long for the Lake Blue Streaks(7-1) to bounce back from their first loss of the season as they pounded the Hoover Vikings(5-3) in a 35-15 game. Lake’s two quarterback system was back in play and is still undefeated and it has lead the Blue Streaks to their first 7 plus win season since 2010 when that team went to the state semifinals.

After 4 straight losses, the Canton McKinley Bulldogs(4-4) have rattled off 4 straight wins. Their Friday night win over the Jackson Polar Bears(4-4) and put themselves in control of their own destiny when it comes to the playoffs and a piece of the Federal League championship. Dante McIellan earned the title of WHBC Player of the Game for his defensive efforts, with a 69 yard pick six and a 9 yard scoop and score. The Bulldogs haven’t turned the ball over ONCE during their four game win streak, which is obviously a testament to a well coached team.

It was two teams battling for their first win of the year, but the Marlington Dukes(1-7) were able to deliver Head Coach and Stark County legend Phil Mauro his 200th win over the Minerva Lions(0-8). Coach Mauro joined Billy Bebee and Kenny Roda on Saturday morning to reflect on his historic win.

West Branch on top of the Eastern Buckeye Conference

The beasts from the east delivered a game to remember, but it was ultimately the West Branch Warriors(7-1) that came out on top 43-35 against the Alliance Aviators(6-2)in the Carnation City. West Branch QB Dru Desheilds delivered 3 touchdowns through the air and two with his legs, which ultimately earned him WHBC Player of the Week.