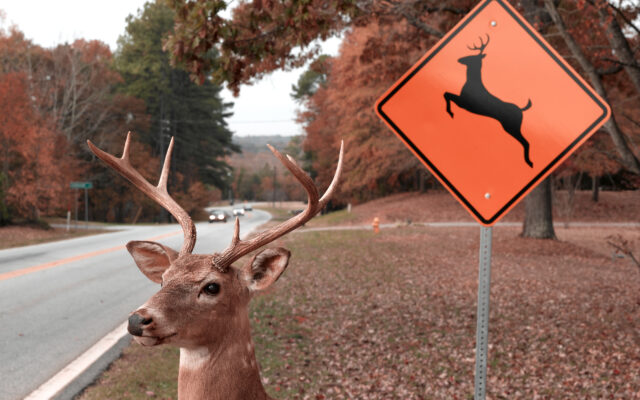 Stark County has found itself as the leader in Ohio for another year when it comes to deer vs car crashes costing drivers an average of $5,000.

Deer related crashes increase in the fall through early winter and cause around 200 deaths annually. Stark County faces around 600 deer related crashes per year, mainly because of heavily wooded areas and the amount of drivers. Experts say nothing can make you 100 percent safe from deer crashes, but they offer some tips on reducing your risk.

Deer are pack animals and are probably rolling with some buddies. If one darts out, expect others to follow behind them.

Deer whistles are mounted to the bumper and the noise is supposed to send deer running the other way. The science is back and it doesn’t support the idea of deer whistles.

Deer accidents can happen anytime but most happen at dusk or dawn.

The reflection in their eyes is often the first chance drivers have to avoid a crash. Keep your eyes open for deer crossing signs as well.

Eliminate distractions behind the wheel

This is solid advice any time you’re driving. To give yourself the best chance to avoid hitting a deer, give yourself as much time as possible to react.

If you are in a deer crash, get your car to a safe place, notify police and don’t drive away. Many insurance companies ask for documentation in accidents, so when it’s safe, you’ll want to start taking pictures.

Check out more information on what to do after you’ve hit a deer here.