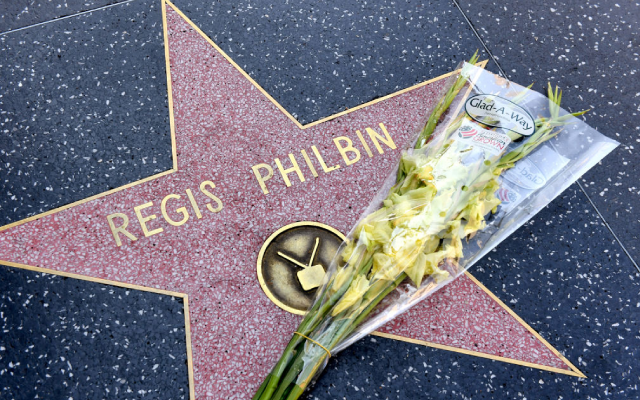 The death of Regis Philbin was announced on Saturday. He died on Friday from heart disease. He was 88 years old. Many celebrities took to social media to express their condolences.

Regis and Kathie Lee Gifford were the original hosts of the daytime talk show now hosted by Kelly Ripa and Ryan Seacrest on ABC.

Kathie Lee wrote on Twitter, REGIS. There will never be another.

Current hosts Kelly and Ryan wrote a joint statement, he was the ultimate class act bringing his laughter and joy into our homes ever day on ‘Live’ for 23 years. We were beyond lucky to have him as a mentor in our careers.

Comedian DL Hughley wrote, Regis Philbin was always a class act. Condolences to his family on their loss.

What is your favorite Regis Philbin memory?

Kanye West Has Officially Changed His Name To Just…Ye