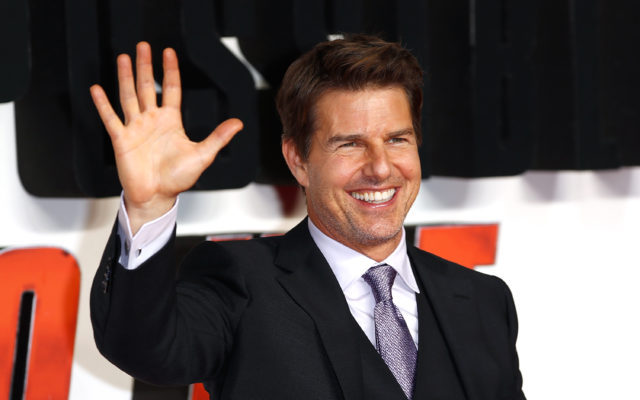 Imagine sitting at home, and Tom Cruise lands a helicopter in your backyard. It happened to one British family.

While shooting Mission: Impossible, he was forced to land the helicopter in a woman named Allison’s garden because the airport was shut.  She explains that she was notified that the helicopter had to land but said he was described as an “Unnamed VIP.”

She said, “I thought it would be kind of cool for the kids to see the helicopter land in the garden. He basically arrived and got out, and it was like ‘Wow.'” Afterward, he posed for pictures and took her kids for a ride.  What would you do if this scenario happened to you?