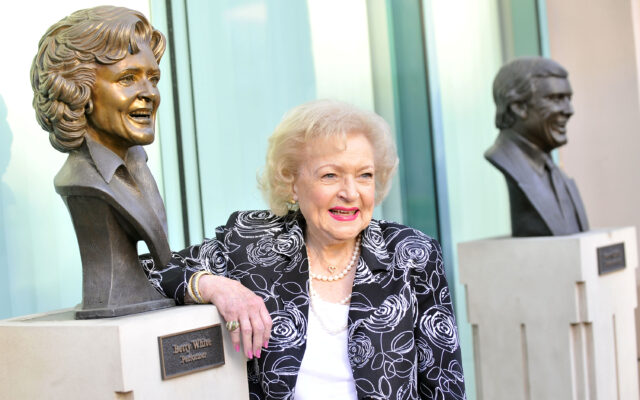 NORTH HOLLYWOOD, CA - MAY 10: Betty White arrives for an evening with Betty White held at Academy of Television Arts & Sciences on May 10, 2012 in North Hollywood, California. (Photo by Toby Canham/Getty Images)

Television and pop culture icon, Betty White has died at the age of 99, just weeks shy of what would have been her 100th birthday. Her passing was confirmed by longtime agent, Jeff Witjas early Friday afternoon.

Betty’s career in television dates back seven decades – a Guinness World Record. Her biggest successes were the 1970s sitcom The Mary Tyler Moore Show and her role in the 1980s sitcom, The Golden Girls. Both of which earned her Emmy Awards.

Incidentally, Ms. White was the final surviving member of the show, which in its afterlife, accrued a sizable audience with younger audiences.

Betty’s final Emmy came in 2010 for her hosting spot on Saturday Night Live.

Betty is pre-deceased by her husband, Allen Ludden who passed in 1981. Betty never remarried.