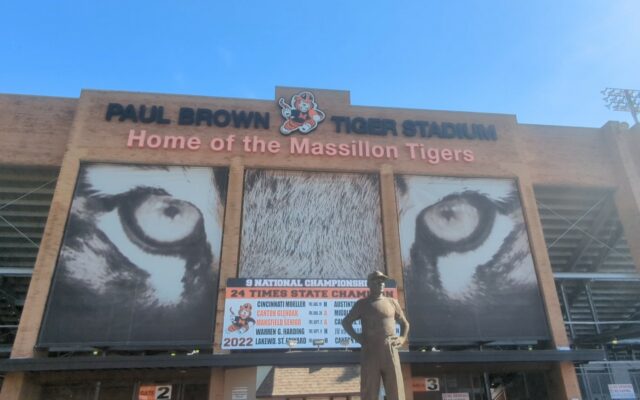 Regardless if you’re a fan  of them or not, the Massillon Tigers have established themselves as the powerhouse of Stark County High School Football. It has been years since they’ve lost to their arch-rival the Canton McKinley Bulldogs or any other Stark County team. In recent years, The Massillon Tigers have made multiple runs to the state championship game, which is a major accomplishment. It is also the source of the biggest argument made against their greatness. The claims of the Tigers being “paper champions” has haunted them for decades. Let’s take a look at why the Massillon Tigers are called paper champions.

How many state championships have the Massillon Tigers won?

Starting in 1971, the Ohio High School Athletic Association rolled out the playoff system. High schools were broken up into classes based on enrollment and regions based off of location. In the years since, the playoff system has undergone multiple changes but the idea has remained the same. Win the championship by winning out. Prior to the playoffs, teams were awarded state titles based off of polling of sports writers from newspapers, not determined on the gridiron. This is where the claims of “paper champions” start. The year before the playoff system rolled out is the last year that Massillon can claim to be state champions.

How has Massillon fared since?

Since the roll out of the OHSAA playoffs, the Tigers haven’t been able to accomplish their ultimate goal. They have made the state championship game 6 times and have fallen short each and every time. It’s undeniable that making the state championship is an accomplishment in itself, but many people claim that Massillon’s inability to win the biggest game of the year makes them “paper champions”. In that time, the Canton McKinley Bulldogs have won 3 state titles(1981, 1997,1998) the Canton Central Catholic Crusaders have won 3(1988, 2000, 2016) and the St. Thomas Aquinas Knights have won one(1984).