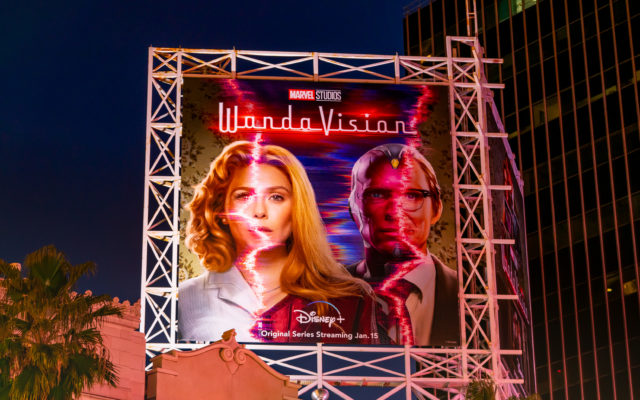 The numbers for the top streamed show in January are in and looks good for Marvel’s WandaVision. Marvel debuted WandaVision on Disney+ and it was viewed 81.3 times more than other titles that appeared on other streaming services such as Netflix, Hulu, Prime Video, HBO Max, etc.

That means it also beat out big series like Bridgerton, and Cobra Kai. The series finale airs this Friday, March 5th. Have you watched WandaVision yet? What’s your favorite series right now?