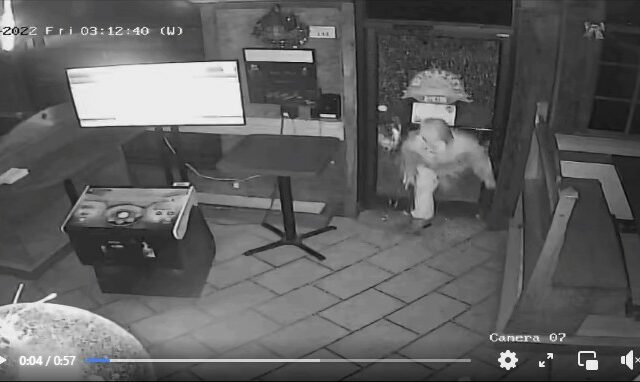 A suspect that authorities have dubbed the “Blizzard Bandit” broke into a Green bar during last month’s winter storm and they’re asking for the public’s help. The incident happened at Brubaker’s on Massillon Road in Green a little after 3 am on December 23rd. Remember, that was when we were dealing with adverse driving conditions and brutally cold temperatures. The Summit County Sherriff’s Department described the suspect as a white male, short of stature, who drove a gray Ford Sedan to the bar. He smashed the glass front door and appeared to be looking for money, which he got none of. The fact that he thought there would be money in the register is comical, but not nearly as funny as when he tried to jump over the bar.